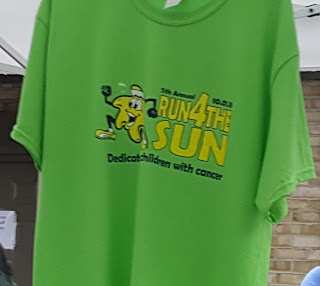 I will be straight up with you. I have only ever run one 5k, and a major reason I haven't run another one (besides that I don't race a lot anyway!) is that I thought breaking my PR would be hard, maybe even impossible. Obviously I know I am not going to PR every time I race. In fact, I didn't meet my goals for the last four races I trained for! But still, that was one of the reasons I didn't want to give the distance a go again.

I get SO nervous for races. Just looking up races makes me have to poop. I am serious. HOWEVER, I don't want to be nervous for races! And the only way to do that is to race more often. Race for fun. Maybe sign up for something last minute...

So that's what I did on Friday night! I randomly decided to run a 5k in York the next morning. Now, full disclosure, for about a week I had been thinking about running a 15k trail race that was on Sunday, but with the massive amounts of rain we had over the past couple days, I knew the trail race would be super muddy and I wasn't in the mood for that. I searched for something else and found the Run 4 the Sun 5k.

After I decided to run it (around 8pm Friday night), I changed my mind at 10:30, turned my alarm off and thought, "Eff this!" But then on Saturday morning I woke up at 6:24 naturally because Jelly was screaming for food and thought "What the hell!?"

Before I left that morning, I had to do some pace calculations. I then came up with these arbitrary time goals:

C Goal: Sub 22 <---- I would be mad at myself if I couldn't pull this out because I definitely felt capable.

I also came up with some goals that had absolutely nothing to do with my race time, but more my attitude about racing and my fitness in general:

1. Make myself do something I am nervous to do in effort to become more comfortable with racing.
2. Be happy with my time even if I don't reach my goal.
C: Get an idea of where my 5k fitness is right now.

So with all that in mind, I hopped in the car and drove down to York. I had been drinking coffee and Nuun water all morning and ate cereal and a banana in the car. 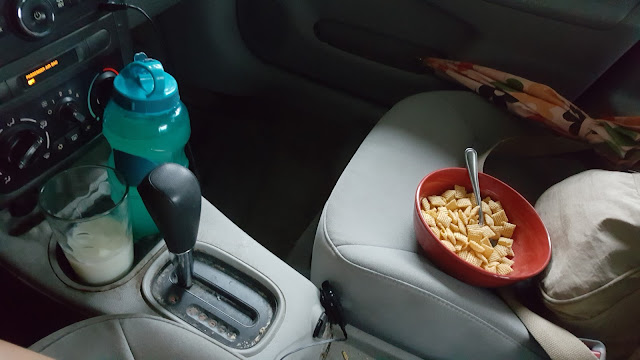 This was a small 5k. Parking was so easy, I didn't have to wait in line to register, and there was just the tiniest line for the toilets. So low key. I tried to calm my nerves, but my hand was shaking as I was writing out my registration check! I NEED TO GET A GRIP!!!! 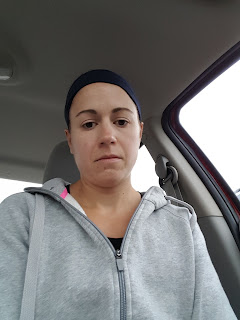 Pre race photo. You can tell I am thrilled.

I went to the bathroom 3 times at home, 1 time on the way, and twice when I got there. This is par for the course every time I race. I'm basically dehydrated before I even start!

I lined up at the front of the runners. People are always nervous to stand in the front but I'm not!

Mile 1: The entire first mile was a gradual incline. It was hard! There were two women in front of me. I passed one during this mile. My first mile clocked in at 7:05 and I was a bit disheartened. A 7:05 should not have felt that hard. But it wasn't flat so I told myself to just keep the effort the same and when it's flat, I'll be running faster.

Mile 2: We were running through neighborhoods now. It wasn't always completely flat but it was a lot better than the first mile. I started to get a bit of a side stitch so I concentrated on breathing in through my nose and out through my mouth. I also massaged my side. There were so Trump signs and when I saw them, I forced myself to pick up the pace a bit and not get complacent. I passed another woman and I was now first female! I could hear footsteps on my heels so I turned my podcast up so I couldn't hear anything. Hearing people behind me was giving me unneeded stress! (Second mile: 6:46)

Mile 3: At some point near the end of Mile 2, a brand new woman passed me. She was never more than a couple seconds ahead of me and I passed her a few minutes later. I forced myself to keep running strong so that she wouldn't keep up. I was huffing and puffing by this point and feeling throw upp-y. If that woman had not been on my heels, I would not have pushed as hard as I did. The last half mile or so was a gradual downhill which was VERY nice. My side stitch had gone away and I tried to relax, breath, but KEEP PUSHING. (Third mile: 6:35)

The last .17 (my Garmin measured it a little long) I was in full out sprint mode! I had just passed a bunch of guys but there was one guy just not letting me pass him. "Come on!!!" he shouted at me to motivate me to keep up with him. I thought that was cool. In the end we all just want to do the best we absolutely can and his motivation surely got me across that finish line a couple seconds faster. (5:42) 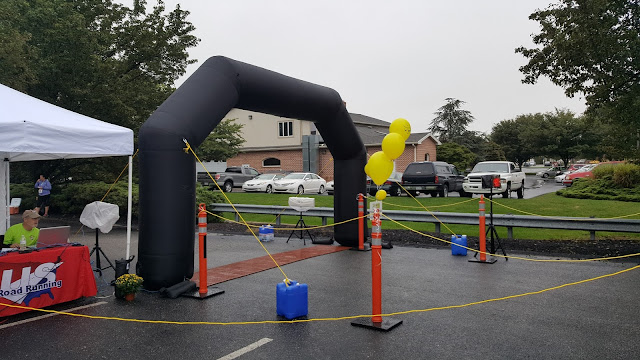 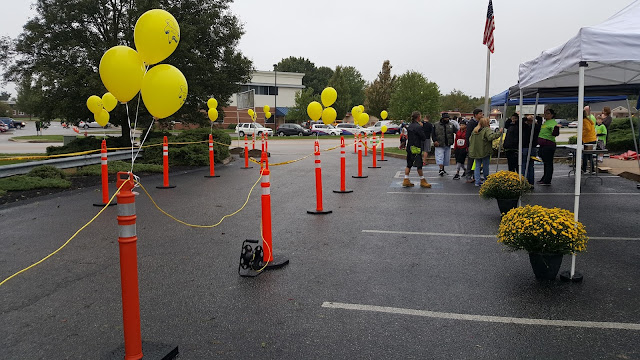 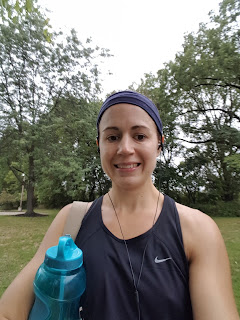 Chip Time: 20:56 and first woman! I was proud of my time and honestly don't think I could have done any better than that. It was hard the whole time. At the end, I felt very shaky and pukey. Pretty horrible. But I walked and cooled down with a short run and I felt back to normal. I drank lots of water and STARBUCKS which was there! In fact, in our race bag, we got a really nice Starbucks travel mug! It's funny because I needed one and almost bought one on Friday! (Not a Starbucks, just a cheapo one.) 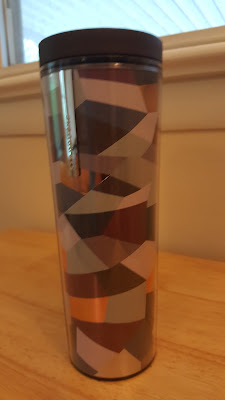 They had all kinds of prizes to choose from and I chose a $25.00 gift card from Target! 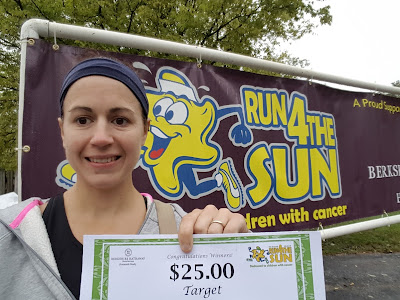 I wish I would not be so nervous to race, but I am glad I made myself do this one. At least running it last minute meant I was only nervous for about 12 hours!

All in all, I am happy with how I did, and maybe if I get some guts, I'll go another 5k in a few weeks and try to beat my time!

Now what type of speed work should I do to prepare for that? IDEAS PLEASE!!!!!

Do you like last minute races or are you a planner?
What is the best prize you got at a race?
Posted by Meg Go Run at 5:30 AM